Geoff retired in December 2020 as the National Director – Stewardship, a position he has held since the commencement of EREA in October 2007. He played a key role in the establishment of EREA as a civil and canonical entity and was instrumental in the development of the financial and accounting framework adopted by EREA to ensure accountability to stakeholders.

Prior to EREA, Geoff spent 20 years working in the Chartered Accounting environment prior to becoming General Manager for the Christian Brothers in Queensland with responsibility for activities in the Northern Territory and East Timor. He was educated at St Joseph’s College Gregory Terrace Brisbane and the University of Queensland.

Geoff is married to Anne and they have two grown up children and five grandchildren. 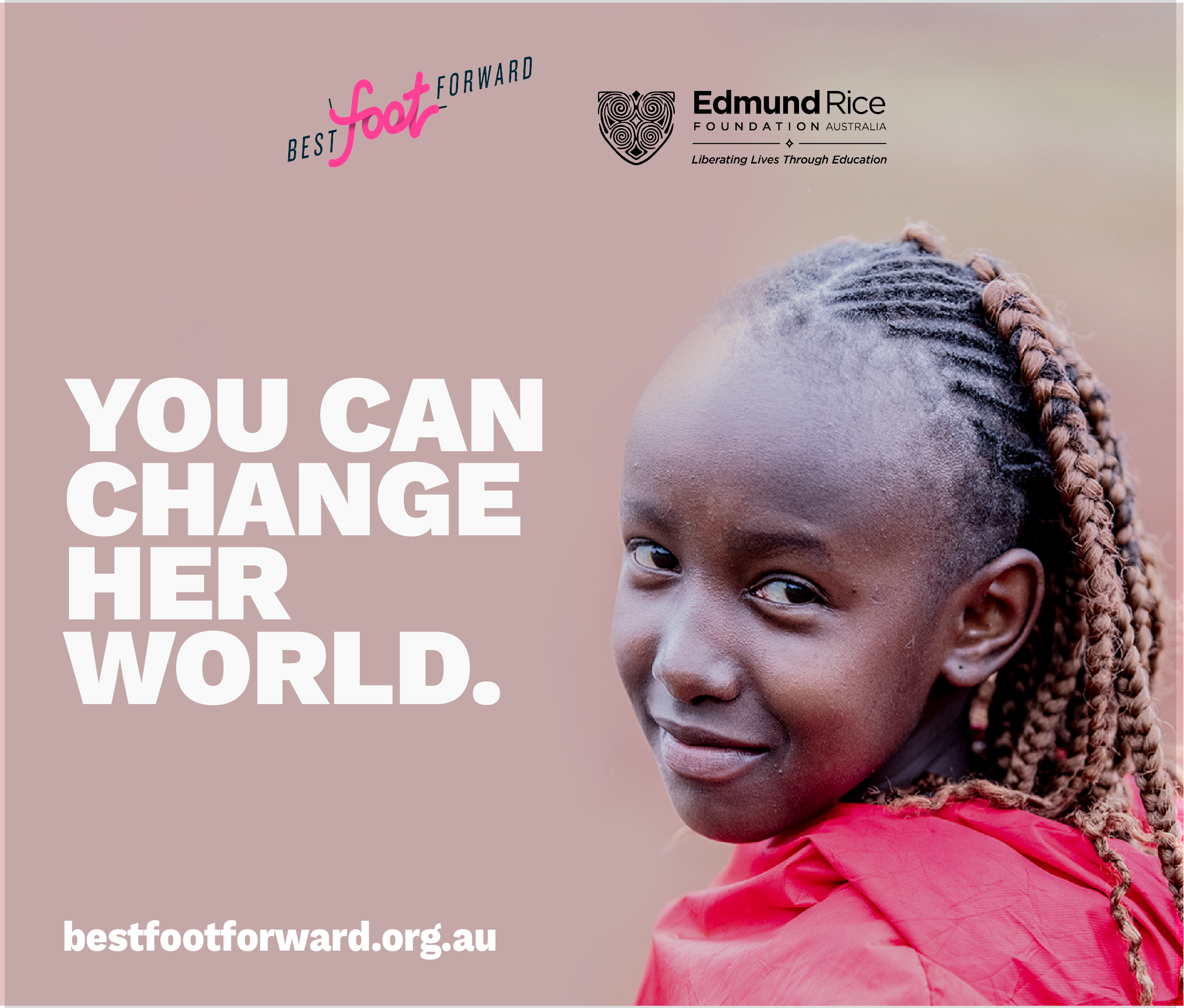 We’re asking for your help so that SHE can put HER best foot forward.

Since the outbreak of COVID-19, violence against women and girls has intensified.

The opportunity to gain education and skills is the key to HER long-term empowerment.

Our goal is to raise $150,000 in 24 hours on the 12th November 2021, so that disadvantaged women and girls can have access to opportunity through education.